Swide caught up with none other than fashion editor extraordinaire Anna dello Russo! She invited Swide into her home for a lovely chat and biscuits, so they got comfy and got grilling… Fortunately she took their enthusiasm with a lot of patience. Meet one of the most down-to-earth of fashion legends. 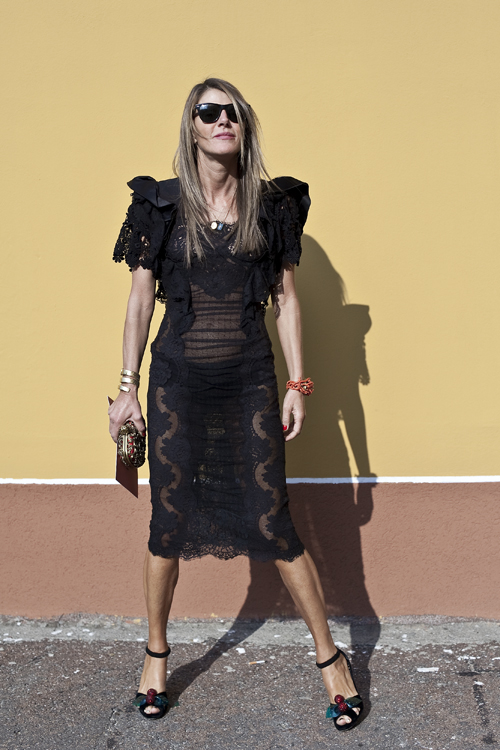 Anna dello Russo in a dress by Dolce & Gabbana.

Let’s get straight to the point: what do you think of this relatively new phenomenon that has made you the absolute streetstyle icon?

I this it’s so cool. As I once told Scott [Schuman, The Sartorialist], “thanks for giving me another career”, after years as a fashion editor. It’s as if suddenly the cameras were turned and pointing towards me. Us lot were invisible; there was the model, the photographer and a whole team of people. When the camera turned to us it enabled us to start a new career. The styling work was the same, only done to myself. And so when the whole thing happened I was prepared, I knew what to do. The whole streetstyle thing these days is like a job, it’s all planned and thought up in advance; it’s not as though you just “happen” to run into one another. Outfits are prepared in advance… I just hope it doesn’t end up making it lose its spontaneity and make it become fake.